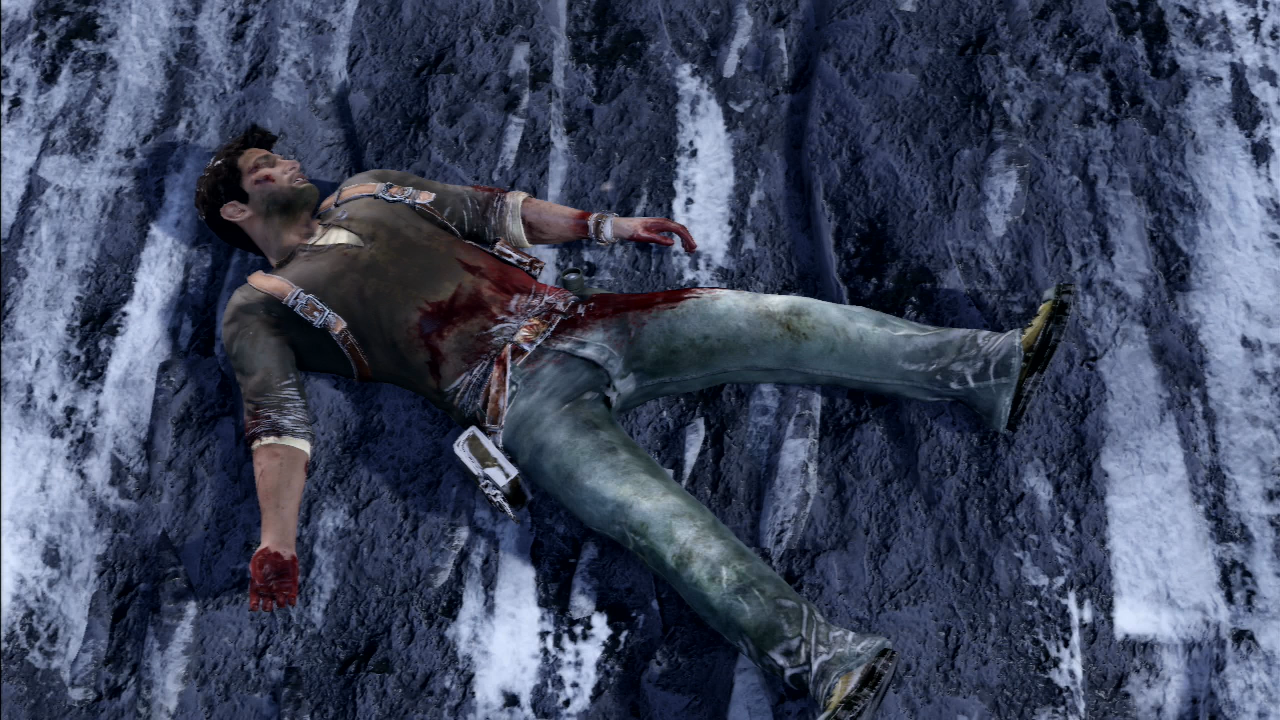 Disclaimer: The following rant contains some coarse language and minor spoilers for Uncharted 2: Among Thieves and Uncharted 3: Drake’s Deception

In my formative years I had owned all of Sony’s and Xbox’s offerings but as time wore on I found myself preferring the Xbox camp. I had an Xbox360 but not a PS3, but I was happy. It was a simpler time. So the drought hits and I have nothing to play. I have finished all the games I have and no amounts of trips to EB games can inspire me to buy anything from the bargain bin. I am in a rut.

Now I consider myself an avid gamer, I have been gaming since I was knee-high to a grasshopper (about 25 years at last count). The realisation dawned on me that only owning a 360 gave me only half the console gaming experience (or less if you consider the Wii, which I don’t). I had always watched/read PS3 reviews as they came out regardless of the fact I didn’t own one and a few titles stood out. The sort of titles that PS3 fanboys would shove in the face of Xbox fanboys as both camps stood around in an infinitely looping circle jerk. The titles that poked their head up above all others were the Uncharted series; Multiple 10/10s, multiple GOTY Awards, a plethora of adoring fans, the prize jewel in the Sony Defense Force crown. So it was with gleeful optimism that I walked into EB and allowed the money to fly from my wallet, taking home a used fatboy PS3, Uncharted 2 and 3 and a few other titles.

I suppose my expectations were quite high for this series, but how could they not be considering the glowing reviews the games seemed to enjoy in every corner of the Internet? But then something strange happened. As I wiled away at these games, clutching the Japanese hand-torture device known as the Dual Shock 3 with its 2 cm long charge cable, my initial glee turned to confusion, descended into frustration and eventually came to rest at a cold and bitter anger. I had bought an entire system for a game that was hero-worshipped the world over, and it sucked. It sucked hard.

The Uncharted series follows the adventures of Nathan Drake: Adventurer, thief, smart aleck, lady’s man and everything in between. As a child I imagine he had pictures of Indiana Jones plastered on his wall covered in love hearts (actually I think he was an orphan, close enough). There is no situation for which Drake does not a have a witty one-liner, but he also has a dark secret: He’s a mass-murdering psychopath. Despite his lovable exterior he is capable of snapping necks with a John Wick level of cold efficiency. I have snapped a neck or two as a gamer, I don’t feel bad about it, the problem is, neither does Drake. He’ll go from flirting to neck-snapping in a heartbeat and herein lies my central gripe with this game: Its complete and utter lack of tonal consistency.

I was kind of hoping he’d just die here

Uncharted wants to tell a grand story of adventure with slight supernatural elements (guys I know it sounds like Indiana Jones but it’s not), and on the whole the visuals and voice-acting are superb, benchmark-setting even. The game however is dragged down into the murky depths by the fact that if you strip it down to its core, it is not an adventure game, it is a third person cover based shooter with adventure elements. This would be fine I suppose, but for this mashup to work you need solid gunplay. If you’re going to be shooting people while waiting for the next tidbit of story 80% of the time, you want those mechanics to be solid right? Well, Uncharted is here to say: “Fuck you buddy.”

Hope you hate these guys. You’ll be killing them a lot

For those who haven’t played Uncharted prepare yourself to spend the best part of your time squaring off against monster closets full of generic human enemies with a bog standard arsenal. Prepare for the dread of entering yet another combat scenario with midriff-high barriers that you will awkwardly glue yourself to as you empty countless bullets into foes who simply won’t die. Prepare to yell at the screen and wish fervently that at least one of the developers had played Gears of War and seen how cover-based shooting should be handled. A peculiar quirk of Amongst Thieve’s gun battles is that you are often murdering scores of red heads. At times the game plays like a sick Ginger Murder Simulator. Sometimes the enemies are wearing helmets to protect their heads. Shoot these helmets off and nine times out of ten you will expose the fiery locks beneath.

Thankfully, from time to time you’ll have a companion such as shady father figure Sully or romantic interest Elena as you murder waves of bloodnuts. Unfortunately, as AI companions go they are about as useful as a cock-flavoured lollipop. They will continually make sarcastic one-liners as they struggle to lay waste to the broad side of a barn. You will want them to die, and not quickly. You will want them to suffer as you suffer as you are forced to listen to yet another bit of Sully’s bullshit as he uselessly discharges his Magnum at God knows what.

Shut up Sully no one gives a fuck

The woeful gunplay weaves itself through every fibre of Uncharted, and ruins many genuinely poignant moments. This feeds into the tonal inconsistency I mentioned earlier and seems to be part of Uncharted’s DNA. The prime example of this that comes to mind is the desert scene in Uncharted 3. Drake has lost everything, barely surviving a plummet from a cargo plane he awakens in a vast desert. He doesn’t know whether Elena or Sully are safe and is stumbling through the shimmering heat, hallucinating and dying of thirst. At this point I honestly didn’t know what was going to happen next, but I should have guessed. Drake stumbles across a compound full of evil-looking middle-Eastern folk. He grabs the gun leaning against the wall and opens fire. Whatever dramatic tension was created is inelegantly and irrevocably smashed as you are dragged into more painfully tedious, uninspired shootouts.

I would not recommend Uncharted to anyone. Its annoying twat of a protagonist, persistent and almost obnoxious tonal inconsistency and garbage gunplay mechanics combine in a whirling maelstrom of terrible. Avoid with extreme prejudice.