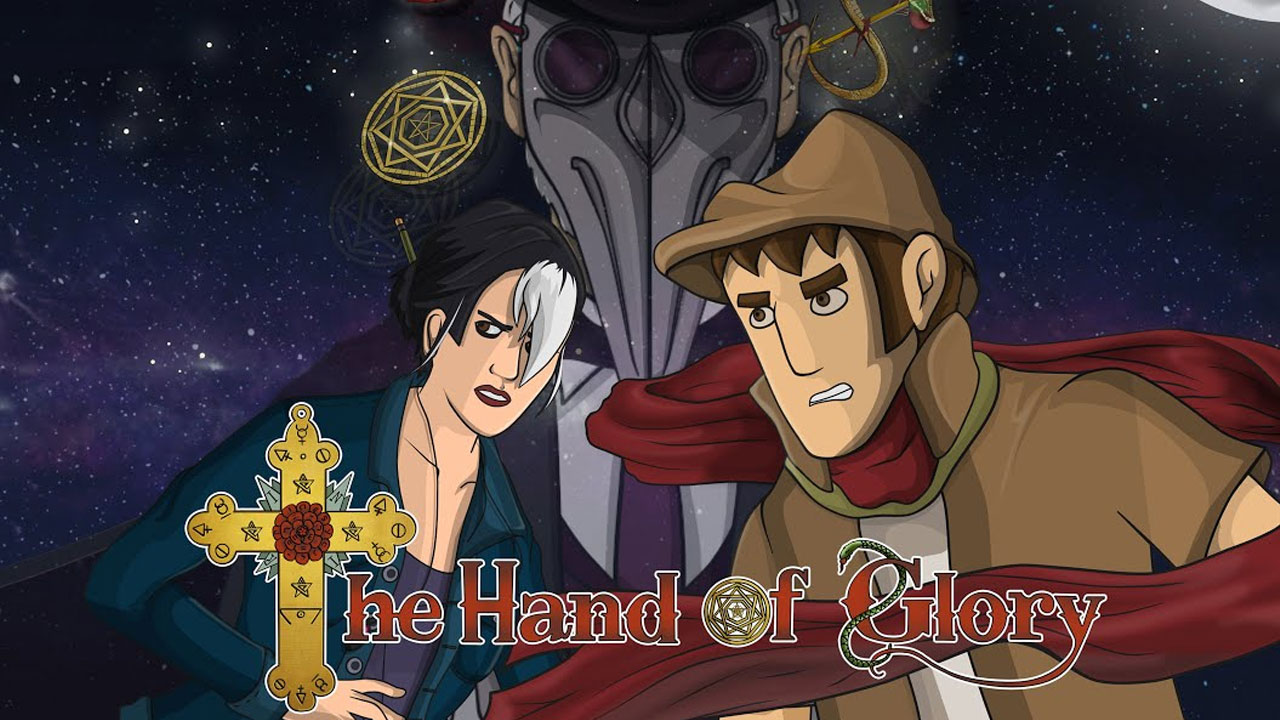 It’s been more than six months since part one of The Hand of Glory was released, and in that time I have played a lot of video games – enough that you would forgive me for forgetting about the second part of an indie point-and-click game releasing in December right before Cyberpunk 2077. However that hasn’t been the case, as I have been keeping a close eye on the game’s progress, keen to get my hands on Part Two and wrap up Lazarus Bundy’s story. You can read my review for Part One here.

The second part of The Hand of Glory sees our loveable larrikin hero Lazarus Bundy and his partner Alice Sharp swap the sunny beaches of Miami for the birthplace of Ferrari, the piano, and of course, banks – yes I am talking about Italy, with our scarf-wearing hero heading to the gorgeous Italian countryside of San Leo, while Alice heads to Rome to follow another lead. Both characters must use their skills, surroundings and powers of persuasion to uncover the truth.

The story beats in Part One were surprisingly good, and thankfully the full story ends up being rather interesting and well conceived, with the ending giving players a bit to think about. Part Two introduces a handful of new characters, some of which are quite entertaining. The writing again is solid, and Lazarus grows on you more and more as the game goes on. However, we can’t discuss the story without talking about the ‘twist’ from Part One, no spoilers, of course.

Developer Madit Entertainment stated that they wanted to split the game in two to give players time to process the events that closed out the first part. While I don’t quite think it was the wow moment they were hoping for, I was certainly curious to see how this revelation would translate in Part Two. Unfortunately I think that the big reveal from Part One fails to add much to the overall narrative. The developers do try and justify it, but it feels a little cheap and tacked on for the sake of it. It certainly doesn’t make the story worse though, so kudos to the devs for having a crack.

One knock I will give the developers is that if you’re going to release your game in parts and wait months between doing so (we’re talking six months here), then you need to assume that the majority of people who played the first one (at least on or close to release) have forgotten parts of the story and include some sort of primer. While I hadn’t forgotten that Part Two was releasing, I had forgotten large parts of the game’s story, such as characters who were mentioned in Part Two whose names I remembered but struggled to recall their significance. Fortunately, the majority of the cast in Part Two are new characters, so it’s not often I felt like I had no idea who or what they were talking about.

Again, the hand-crafted visuals are appealing to the eye, with the beauty being in the simplicity of their detail. Trading Miami for Italy was a good decision, as often in this style of game the areas can become a little repetitive, so having Part Two in a whole new location keeps things fresh.

Much like Part One, Part Two of The Hand of Glory continues to make its point-and-click forefathers proud with some clever and challenging puzzles. More than a couple times I was stumped for a decent period of time, trying to figure out what item combination or clue I was missing. One of my favourite puzzles involved opening a safe, writing down clues on pieces of paper at my desk.

I do still think that a hint system would be a useful inclusion for some players, as sometimes all you need is a little nudge in the right direction to get back on track. There were two instances where a hint system would have saved me close to a couple hours. The first time was because I had forgotten that Alice had a special telekinesis ability and the game failed to remind me (which is why a primer is a good idea) and the second time involved a dead character.

While the majority of the gameplay still focuses on Lazarus, Alice gets more playtime than she did in Part One, which helps break the game up a little. Furthermore, puzzle solving isn’t the only mechanic, as players will need to complete QTE-like mechanics every now and again to get out of a jam.

The only other jarring aspect is that given the game is based in Italy I expected the characters to sound a little more…Italian. Most characters sound American and the only character who sounds remotely Italian ends up being a bit of a stereotype. I understand that having the game’s characters voiced by English-speaking actors may have had its limitations, but isn’t that what being an actor is all about? Playing different characters? This is more of a nit-picky issue than a flaw, but it does take away from the game’s authenticity to some extent.

Part Two of The Hand of Glory does a great job at keeping the momentum from Part One going. It’s got everything you want from a point-and-click game: excellent puzzle design, good writing, an interesting story and a fitting art style. It’s definitely a title that fans of the genre should check out. 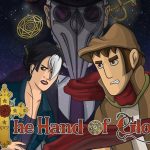 The Hand Of Glory Part Two Review
Glorious
Jam-packed full of charm, The Hand of Glory is a well-crafted and enjoyable yet challenging throwback to the glory days of point-and-click adventures
The Good
Puzzle design is still excellent and challenging
Story is intriguing and well-conceived
Italy is a refreshing location
New cast of characters are interesting
The Bad
Twist from Part One fails to deliver any meaningful impact
No primer for those who played Part One on release
Still no hint system
Lack of Italian accents hampers authenticity
8
Get Around It

The Hand Of Glory Part Two Review
Glorious
Jam-packed full of charm, The Hand of Glory is a well-crafted and enjoyable yet challenging throwback to the glory days of point-and-click adventures
The Good
Puzzle design is still excellent and challenging
Story is intriguing and well-conceived
Italy is a refreshing location
New cast of characters are interesting
The Bad
Twist from Part One fails to deliver any meaningful impact
No primer for those who played Part One on release
Still no hint system
Lack of Italian accents hampers authenticity
8
Get Around It
In this article:daring touch, madit Entertainment, point and click, the hand of glory