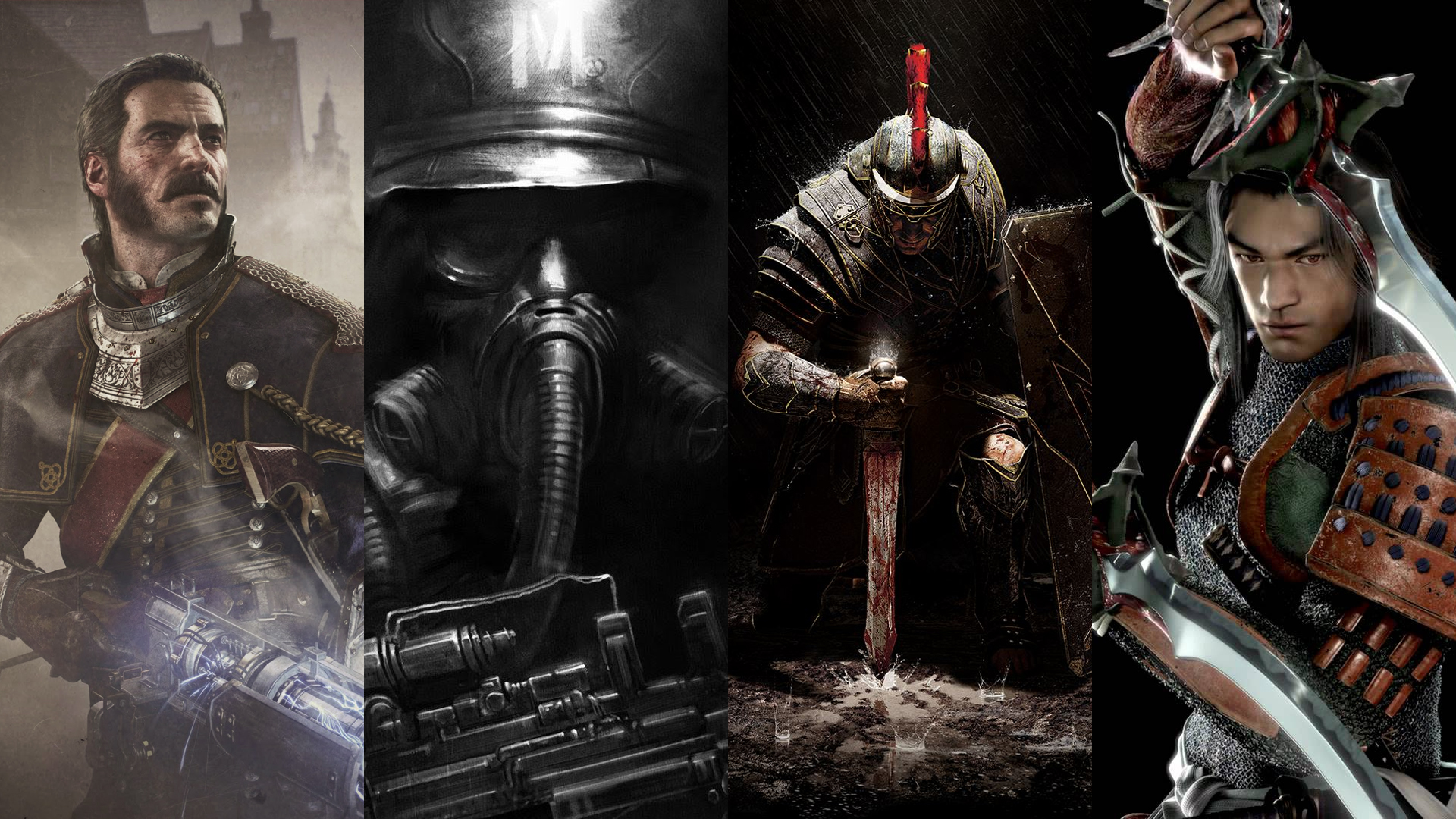 Continuing on from part one last week, here’s part two of the list of AAA games that I reckon need announcing at some point in the near future. Part two contains a few more recent new IPs as well as a list of honourable mentions that just missed the cut.

Same as last time – if you agree to disagree with any of my suggestions, let me know in the comments and tell me which series you’d like to see another game for.

Dead Space: When Dead Space first released it breathed new life into the survival-horror cum action genre. It showcased that third-person shooters could be action-fuelled while containing enough horror elements to satisfy those wanting the scare factor, but the best thing about Dead Space was that it was a damn good game. The level design and atmosphere were fantastic, as was the gameplay. Guns that could cut through a necromorph’s body like a hot knife through butter made the weaponry feel powerful. Sadly the excellence didn’t extend through all three releases, with Dead Space 3 suffering the same fate as Resident Evil from 5 onwards. The game lost all of its horror aspects and became a third-person action-adventure game…with multiplayer. It wasn’t that it was a bad game, but it just wasn’t Dead Space to me. Hopefully any new entry sees them go back to their horror roots.

What are the chances? Never say never – Visceral Games’ last project was the fairly average Battlefield: Hardline. Since then they’ve been working on an upcoming Star Wars game about which virtually nothing is known. Fans can only hope that Visceral are working on multiple projects otherwise it could be a while until we see any new potential Dead Space game.

Evolve: I couldn’t decide whether Evolve should get a mention in here or not. I mean, does it deserve a sequel? After some deliberating I believe it does. Evolve’s concept has tons of potential and I am willing to give the new IP the benefit of the doubt because of this. However, there is no doubt that the execution of Evolve was very poor and the game tanked hard. It’s essentially one game mode with a ludicrous amount of cosmetic DLC to jazz it up. Not only that but it feels like an incomplete game, as 2K and Turtle Rock bundled additional hunters and monsters into a season pass that should really have been included in the base game. The downfall once again is the multiplayer-only focus. These sorts of games run out of legs quickly and players need more incentives to keep playing. If they do make a sequel they need to have more game modes, or some sort of story explanation as to why we’re hunting the monsters. And definitely less aggressive DLC practices.

What are the chances? Highly unlikely – 2K are more than likely focusing on the upcoming Mafia III and its NBA title, plus rumours of a Left 4 Dead 3 have been floating around so Turtle Rock may be tied to other commitments. Either way, I can’t see 2K writing cheques for a sequel just yet.

Metro: It’s been almost three years since Deep Silver and 4A Games first released Metro: Last Light, and although the two games in the series have received a current-gen remaster, it’s time that we see what is next for Artyom and the inhabitants of the Moscow metro system. The Metro games both had relatively good stories thanks to the input of Metro-novelist Dmitry Glukhovsky, and although Last Light did wander into the realms of the absurd, the game was an improvement in every area compared to its predecessor. There are very few single-player story-driven first-person shooters in today’s market, and even fewer that do it well. 4A do an excellent job of creating immersive atmospheres and solid gameplay, plus they provided a solidly challenging experience – in fact Ranger Mode is one of the more challenging difficulties I’ve ever experienced. Artyom’s tale is far from finished and I have no doubt we’ll be back deep in the metro sooner rather than later.

What are the chances? Put the house on it – It was reported way back in mid-2014 that 4A were working on an unannounced sandbox game, and there’s no doubt in my mind it is another entry into the Metro universe. Apart from Homefront: The Revolution and Mighty No. 9, publisher Deep Silver haven’t got any other major players on their 2016 roster. Expect an announcement around Gamescom time.

Onimusha: No one loves remasters more than Capcom. In fact they love it so much they made it an important element of their business model moving forward. Reports that a new or remastered Onimusha was in the works surfaced late last year after a new Onimusha trademark was registered. Capcom have been adamant in the past that old IPs such as Onimusha and Dino Crisis are not being considered for revival, however the Japanese company’s decision to make remasters a part of their future releases would mean that when they run out of Resident Evils to remaster they’re going to have to look to other franchises. Onimusha is my second all-time favourite series, I would be ecstatic if Capcom announced a new iteration or remaster of Samanosuke’s first adventure into alternate-historical Japan.

What are the chances? Likely – Although the trademark could mean anything, Capcom are bound to run out of games to remaster eventually. They’ll have no choice but to dust off the Onimusha IP and give it a new lick of paint. Hopefully this IP is next off the conveyor belt after the upcoming Resident Evil 2 remake.

The Order: 1886: Sony were banking big-time on The Order: 1886 becoming the next big Sony franchise. With Uncharted winding down and the uncertainty surrounding whether The Last of Us will actually get a sequel announced anytime soon(we’ve all heard the rumours), the bigwigs at PlayStation HQ are on the lookout for their next go-to, cheque-writing and money-printing series. Sadly things didn’t go to plan with the first iteration of The Order, with the majority of players lambasting the heavily cinematic approach the game took, despite it being one of the best looking games so far this generation. Developers Ready at Dawn stated before the game’s release that the game world was built to tell more than one story, however in order (winner!) to get Sony on board, RAD had to hand over the rights to the IP to Sony. So any future sequel may or may not include the IP’s creators. I hope Sony do give The Order another chance and stick fast with RAD as the concept has a great amount of potential – if fighting werewolves in an alternate steampunk Victorian London with fancy moustache-wielding knights doesn’t get your senses somewhat aroused then not much will.

What are the chances? Unlikely this year – Sony have a strong amount of first-party and console exclusives this year, with Uncharted 4, The Last Guardian, Horizon: Zero Dawn and Final Fantasy XV being the big guns. Expect No Man’s Sky to get a fair amount of airtime, and other indies such as Dreams and Drawn to Death will get their share of the limelight too. With all this first-party content it’s hard to see where an Order sequel fits in

Road Rash: How I miss the times when I used to chain-whip and kick my way to a guaranteed victory only to get cocky and axe myself and get arrested by the 5-0. Ah, those were the days. Road Rash was another staple of my gaming youth, and I spent many hours getting square eyes while pitting my wits against the likes of Slim Jim, Bose Jefferson and Milwaukee Jon. Road Rash was old-school racing fun, and just think of the fun that could be had with the multiplayer systems in place today. EA need to bring it back (and not with live-action cut-scenes like Need for Speed). There has been an attempted spiritual successor in the form of Road Redemption, which is on its way after a successful Kickstarter campaign. However, it’s only available on PC which leaves us console peasants out in the cold. If EA did choose to revive the franchise I’d like to see a game similar in style to The Crew: open-world, a campaign that takes you to different cities, the option to race and smash anyone on the wide-open roads of the old US of A and the ability to form gangs that are ranked online. Or maybe a VR game… Make it happen EA!

What are the chances? Highly unlikely – Road Rash appears to be a franchise dead and buried along with the likes of Fuse and Battlefield: Hardline, except, unlike those titles, Road Rash is actually an awesome game that deserves a current-gen iteration. However, you would assume EA will mainly focus on showing us Mass Effect: Andromeda and Titanfall 2 over the coming months.

Ryse: Crytek’s Roman hack ‘n’ slash game is the sole reason I purchased my Xbox One on launch. Roman history gets me tight in the jorts, and playing Ryse made me feel like Gerard Butler in 300 – a total boss. The game was a visual feast and had a surprisingly good story too. A short campaign and repetitive combat featuring disguised QTEs were the main complaints towards the game. Two of my biggest gripes were just how pointless the upgrade system was and the lack of challenge that hard mode provided. There is definitely enough going for it to warrant a sequel, and if they get the chance to make one and manage to improve it in some areas, Crytek might have another good franchise on their roster.

What are the chances? Not good – Crytek have suffered from financial issues and have had to off-load or freeze development on certain projects (Homefront: The Revolution and HUNT: Horrors of the Gilded Age). There were rumours of a sequel in the works over a year ago, but an apparent stoush with Microsoft over the IP rights meant it never got off the ground. Besides, Crytek are currently all hands on deck with their upcoming PS VR game, Robinson: The Journey.