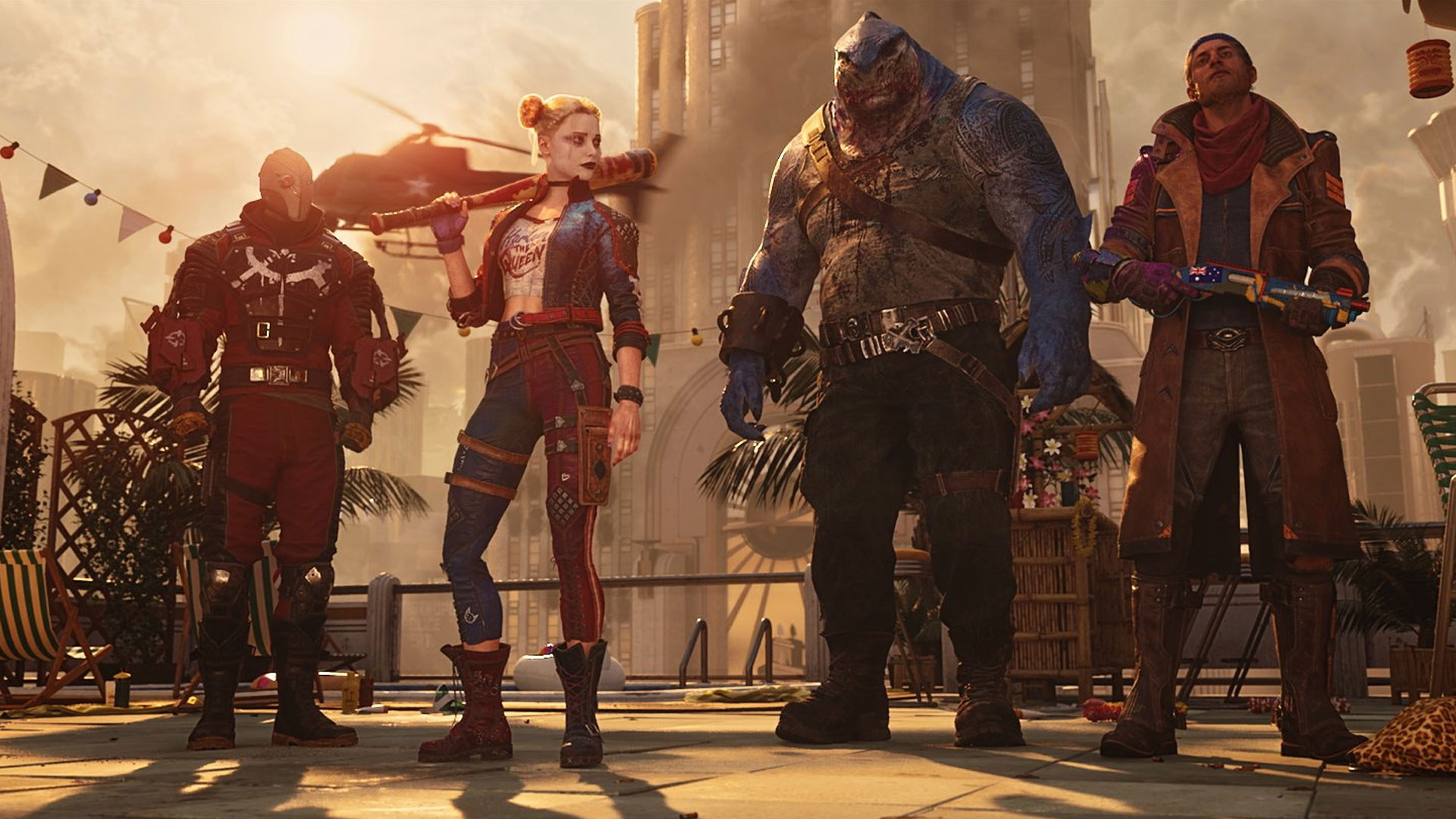 Hot damn it’s a good time to be a DC Comics fan. Last weekend (22 August) we were gifted with FanDome, a digital DC event where we got trailers for The Batman, James Gunn’s Suicide Squad, Wonder Woman 1984, Black Adam and a whole bunch of other fun panels with the directors and cast of said films. Phew, what a stacked stream huh? Oh wait, there were two huge video game announcements made as well.

We’ve already covered the announcement of WB Montreal’s newest DC game Gotham Knights and that Bat Family-filled game looks mint, but there was another first look that stole the show. Rocksteady had already announced that their next game was going to be Suicide Squad: Kill The Justice League, but we weren’t given any details until FanDome. With FanDome now in the rear-view mirror, let’s have a look at everything we know about Suidice Squad: Kill The Justice League before I give you three pitches for things that I want out of the game, strap in.

The Alpha Target Render trailer that we got at FanDome gave us a good taste of what to expect from the game, despite it being pre-rendered. Getting some housekeeping out of the way, Suicide Squad: Kill The Justice League will be launching on PS5, Xbox Series X and PC sometime in 2022.

Alright, let’s get into the good stuff. The trailer shows off four members of Task Force X, Harley Quinn, Deadshot, the Aussie assassin Captain Boomerang and (my boy) King Shark. As the game’s title suggests, the Justice League aren’t in the best mood and look to be under the mind control of Brainiac, as his Skull Ship looms in the distance. Towards the end of the trailer, we see the usually upstanding Superman eviscerate a helicopter pilot while looking fairly menacing, so the Squad will have their hands full.

After the trailer, we get a bit of a rundown of the game from Rocksteady’s Creative Director Sefton Hill, who confirms that the action game will be a 1-4 player experience. You can play the entire game in singleplayer with AI teammates fighting with you, but you’ll also have the ability to switch between the four characters on the fly. If you’re feeling social, you can also play in co-op with up to three other players.

The game takes place in Superman’s stomping ground of Metropolis and is set in the Arkhamverse, though we don’t know when exactly it is set. Will Arnet, who hosted the reveal, mentioned that you’ll be taking on the entire League, not just Superman, with The Flash and Batman also referenced, though we don’t yet know every member of this universes League.

Each character has their own playstyle, with Deadshot being a marksman, Harley being more hands (bats) on, Boomerang having plenty of trick boomerangs and King Shark being, well, a huge shark, so there is likely to be a fair bit of variation.

Now that we’ve covered everything that’s been announced, let’s have a chat about what we (I) would like to see included in Suicide Squad.

It goes without saying really, considering the scope of the game, but if we’re going to be dropped into Metropolis then we had best be given a shitload of easter eggs and references.

Rocksteady has always been great with sprinkling in secrets and nods in the Arkham games, even to obscure characters like Killer Moth and Great White Shark, so I’m chomping at the bit to see what they include in SS. Without a doubt, we will see the LexCorp and Daily Planet buildings as well as the Ace o’ Clubs bar, but I’d also like to see the shadowy Cadmus labs, the birthplace of Superboy.

Just because the game is set in the Man of Steel’s home ground doesn’t mean we should limit the easter eggs to be just Superman-related. Just off the top of my dome, I badly want phoneboxes to be scattered around the city hiding little secrets. Of course, we would need a Supes booth, as he iconically changes into his crime-fighting duds using the clear cases, but I’d be more interested in seeing a Dial H For Hero reference. The lesser-known comic character is zany and unpredictable, just like the Squad, so it makes a lot of sense.

Now talking about outfits, oh outfits, there’s so much you could do in this space. Again, Rocksteady has been great in the past with including a bevy of changeable costumes for old mate Bats in the Arkham games, so we’re going to get the same thing here for sure. The beauty of having four playable characters is that you get four times the opportunity for alternate looks.

In my perfect world, we would get a Harley outfit from Batman: The Animated Series, Deadshot’s armour from the New 52, Captain Boomerang’s ridiculous first appearance look and, most importantly, King Shark’s hammerhead variant (again from the New 52 run). I’ll take as many costumes as I can get, but these four are a must.

Other members of the Suicide Squad

Now I’m more than happy with the four playable characters we are getting (have I mentioned that I like King Shark?), but with such an extensive roster of villains banging around in Belle Reve prison, there’s heaps of room to have more Squadmates appear as NPCs.

Anyone that knows the Suicide Squad knows that the roster is…expendable, so we need a few lambs to slaughter/have their heads blown off. Imagine your running through downtown Metropolis, doing your own things and Bronze Tiger blasts past, duking it out with a bunch of Brainiac Bots, what a time. I’d also love to see Rocksteady’s take on Count Vertigo, Clock King, Killer Frost, Black Orchid and Black Spider to name a few.

I wouldn’t want them to meet a sticky end though, that honour goes to the likes of Enchantress, for her crimes in the Suicide Squad movie, Condiment King, because a splatter of tomato sauce and mustard would be hilarious and Doctor Light because he’s a dick.

I could go on forever and a day about all of the small detail that I want and with the game releasing in 2022 I’m likely to do another article or two about Suicide Squad: Kill The Justice League, but more than anything I’m excited to hear from you, my fellow DC lovers.