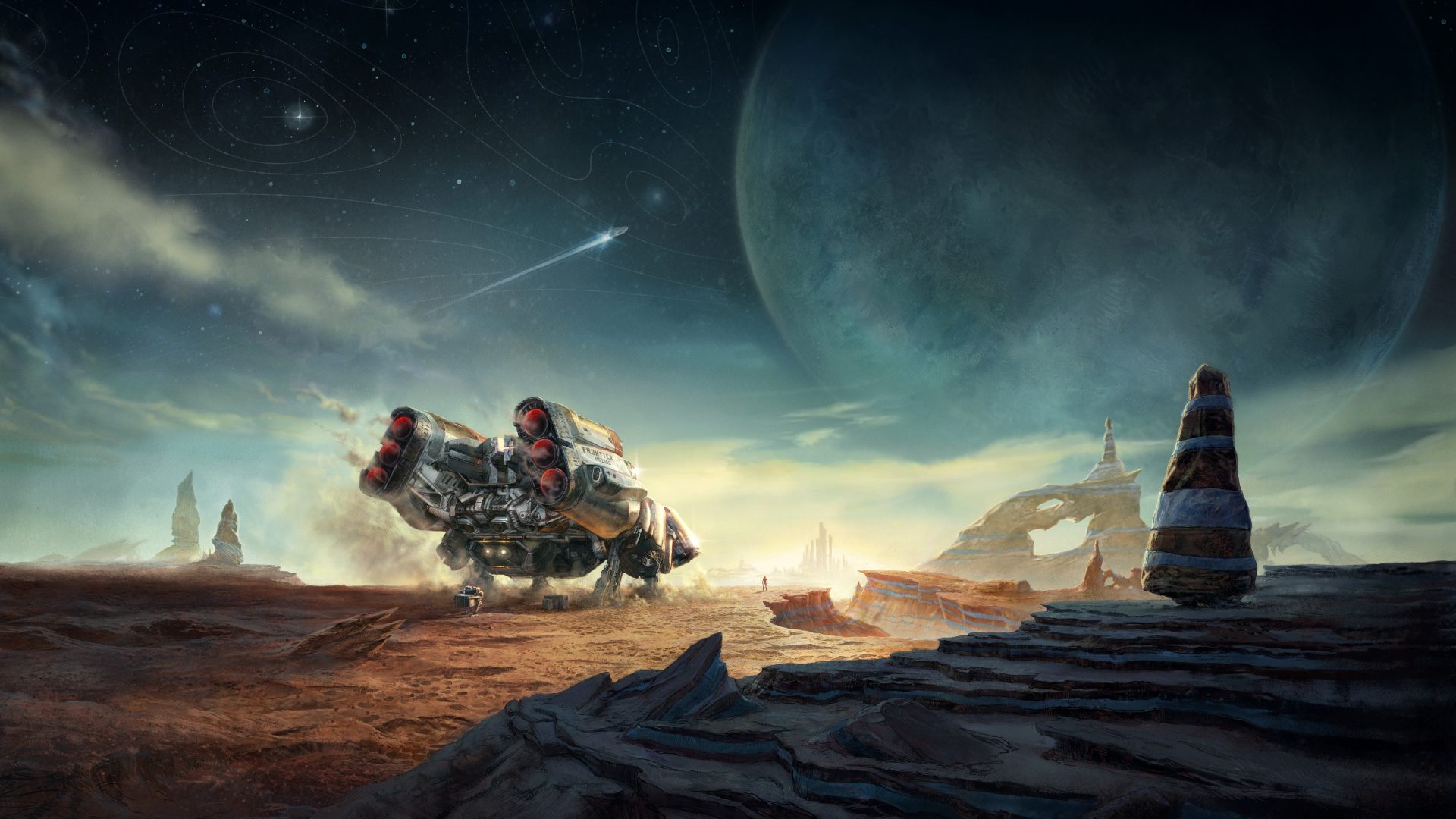 Starfield received its first, 15-minute gameplay trailer during this morning’s Xbox & Bethesda Games Showcase, providing players with the first proper look at the game in action.

The trailer opens with the player character’s ship landing on Kreet, a fairly desolate moon that’s inhabited by strange crustacean-like creatures. The player slowly traverses the moon, scanning and discovering life on the way in a similar fashion to No Man’s Sky. Arriving at a lunar base, the player encounters hostile pirates, causing a fight to break out.

During the encounter, we get a good look at the game’s gunplay, with the player using a variety of weapons like sub-machine guns, pistols and shotguns. The combat looks solid and the fight itself was brief but decently exciting, ending with a jetpack-assisted jump over a chasm to finish off the remaining foes.

Moving on from Kreet, we move to a more advanced and lively planet named New Atlantis, a bustling metropolis filled with shiny structures and varied people. Here is where we’re introduced to the group known as Constellation, an organisation that sounds pivotal to the main narrative of Starfield. This group teases us with the primary plot of the game, revolving around mysterious artefacts that may help unlock the big questions of the galaxy.

It wouldn’t be a Bethesda game without customisation and Starfield doesn’t look to disappoint. According to Todd Howard, Starfield will feature the most robust character creator that Bethesda has ever made. Atop that, players will be able to fully customise and pilot their own spaceship, taking part in interstellar dogfights, which we got a short look at late in the trailer.

Lastly, Howard explained that the planets in Starfield are completely explorable, with each different planet featuring its own biomes, resources and experiences. The scale of Starfield is sounding huge, so its no doubt that it got pushed back into early 2023.

Starfield will release on Xbox Series X|S and PC in 2023.

What did you think of this gameplay trailer? Are you excited for Starfield? Let us know in the comments or on our social media.